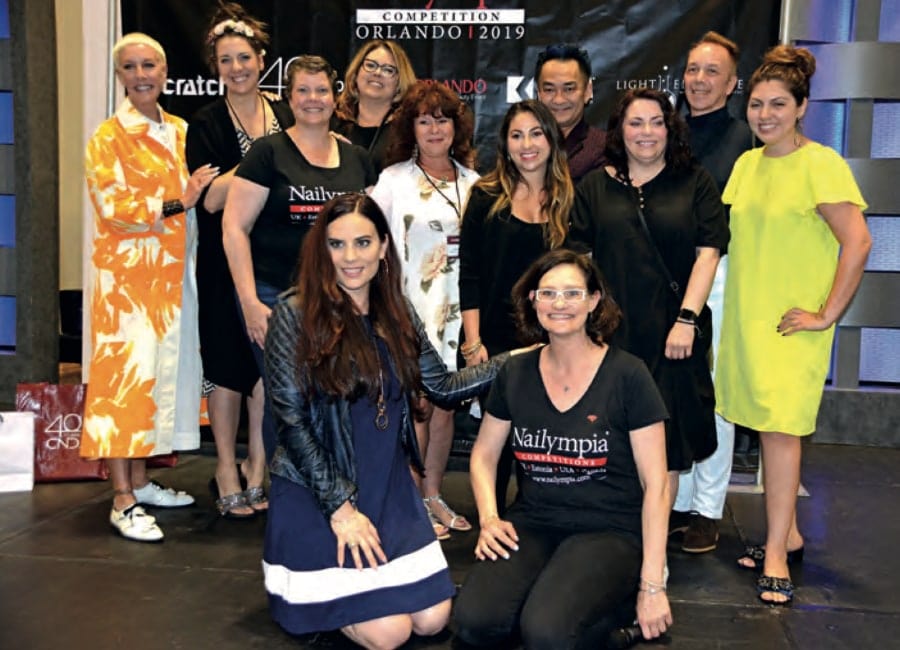 Mirage Spa Education founder and owner, Cheryl Thibault, recently returned from attending the recent Nailympia Conference in Orlando, Florida, where she was both a judge and an attendee.

Nailympia, an 18-year old groundbreaking professional global nail competition, prides itself on being a non-biased forum, where products and brands have no bearing on the placing of a competitor. The competition is all about skill and creativity. And all skill levels are covered. Recently, the first Nailympia to be hosted in Orlando saw 11 countries represented and 21 nail experts join the judging panel.

The two-day event was also supported by Nailympia Canada (Karen Dunn and Aigul Frtizke), with Karen running the admin side with Alex Fox, while Aigul Fritze competed in the Fantasy competition.

Powered by Scratch magazine, the competition saw around 30 nailists take to the floor amassing 75 competition seats with 11 countries represented including Taiwan, Ecuador, Puerto Rico, Australia, New Zealand, Canada, Germany, Poland, Kazakhstan, the UK and USA. The UK’s Hazel Dixon scooped the Highest Scoring Individual accolade alongside a host of other medals before announcing her retirement from competitions as she moves over the judging side of the fence.

Started in 2001 by three organisations (IBD run by Lee Tomlinson, Dianne D’Agnolo & James Johnson of Too Much Fun and David Daniel & Danny Haile of EZ Flow), Nailympia is simple: to be non-biased and non-product led. In order to create a fair playing field for all, these three nail brands made it clear that competitors could use any system or brand and would be categorised by relevant divisions pertaining to their skill and expertise.

These divisions were to be kept anonymous during each competition and judging, so that each competitor, regardless of skill level, was judged exactly the same. Only after judging, were the competitors then grouped and ranked in their own and correct division. This original ethos remains the same.

Previous Next
Close
Test Caption
Test Description goes like this